St. Leonard’s Church dates from 1775 and the present building repla

ced a medieval building which had become so decayed that permission had been given to demolish it entirely. Little is known of the old building but the new church was built on the original foundations. In 1876 the church was “gothicised” by raising the roof, remodeling the windows and adding an apse to the very plain georgian building of the previous century. Inside the 18th Century box pews remain, the Victorians added a chancel screen and encaustic floor tiles which have recently been renovated.

Our Priest in Ch 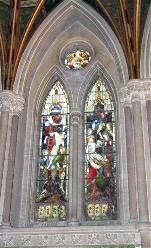 arge is Reverend Barbara Clutton and we are a member of the Dracote Group of Parishes comprising churches in Bourton, Frankton, Stretton, Princethorpe and Birdingbury.

Church Wardens are responsible for the day to day running of the church and can be contacted on the following numbers:- 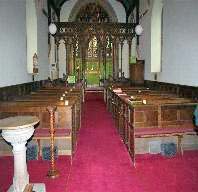